Electromagnetic levitation is very cool, isn't it? The unseen power is fascinating to me. It's also in Pokémon's Skill, but for all the coolness of its name, it's not used much in games.

I want to make the magnetic levitation of like this a reality using an electromagnet!

Here's the article I referenced.

In this article, I used Arduino-compatible Teensy3.2, but anything is OK. I also used an electromagnet because I had a large surplus of hand-wound electromagnets that I had used in another case before. If you want to make one, please prepare bolts, nuts, and enamel wire accordingly. I want a lot of current to flow through the motor driver, so I'm using a 10A motor driver, but I think anything is fine. As for the neodymium magnet, use one without a hole in the middle. If there is a hole in the center, the magnetic field near the center is not constant (the direction of the magnetic field is reversed from the center), so the levitation is not stable. (This bothered me for about an hour.)

How to make things float

Simply put, if the repulsive force of the magnet and the gravity on the floating object are balanced, the object can be made to float in the air. However, it has been shown by [Earnshaw's theorem] (https://ja.wikipedia.org/wiki/%E3%82%A2%E3%83%BC%E3%83%B3%E3%82%B7%E3%83%A7%E3%83%BC%E3%81%AE%E5%AE%9A%E7%90%86) that magnetic levitation is not stable in a permanent magnet (static magnetic field) alone. In order to make an object float, it is necessary to sense the current state (how far the object to be floated is from the magnet) and change the magnitude of the magnetic force accordingly.

This time, a Hall sensor (a sensor that senses magnetism) is used for sensing the state, and an electromagnet is used to change the magnitude of the magnetic force.

Attach the Hall sensor to the end of the electromagnet. 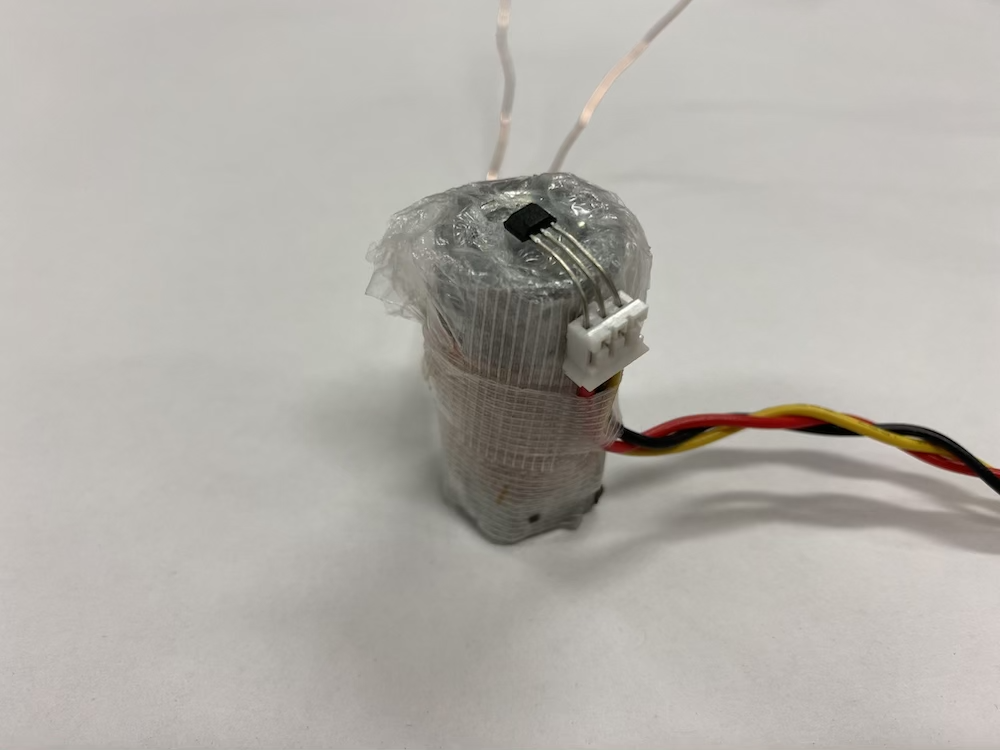 It is better to cover the hole sensor part with cushioning or curing tape as shown in the image. (When the neodymium magnet sticks to the Hall sensor, it will have a huge impact and break the Hall sensor.) 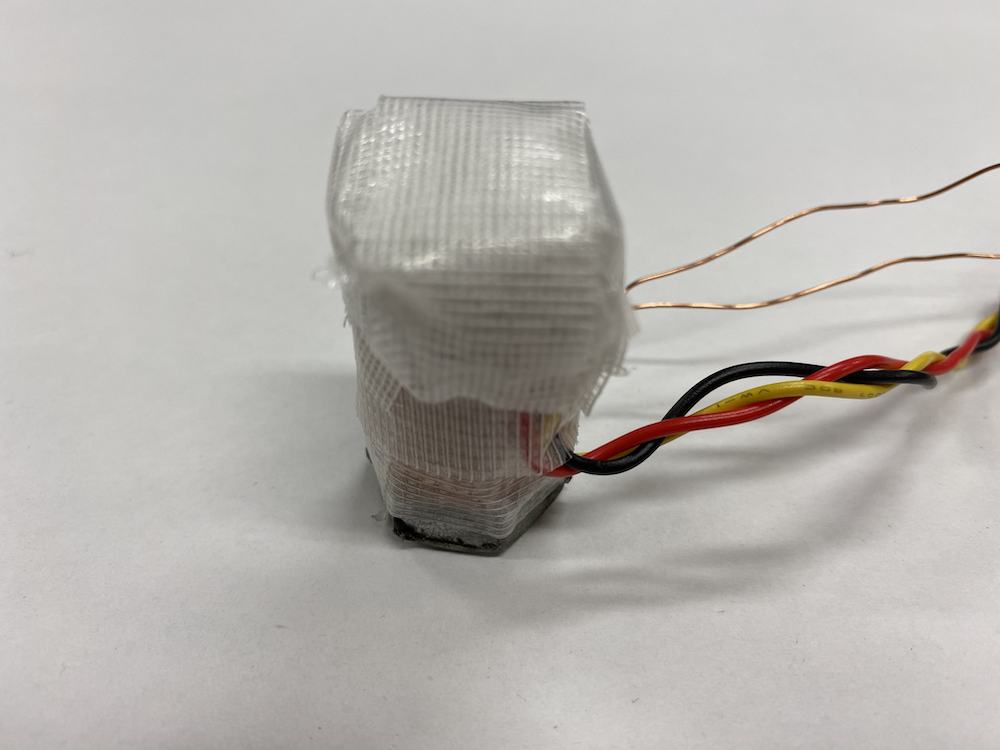 Hang it up on a suitable stand. 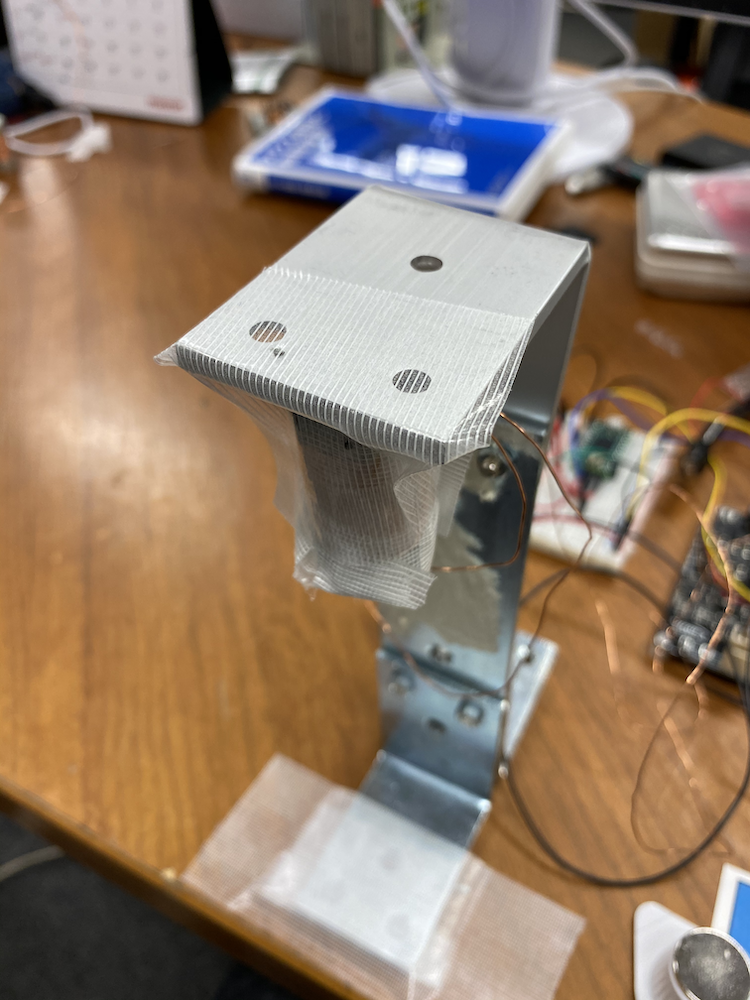 Once the electromagnet, motor driver, and Arduino are properly connected, the hardware setup is complete.

Read more at repository on Github. Only the main Magnet class is listed here.

It is written in various ways, but all we are doing is keeping the value of the Hall sensor constant with PID control. The value of the target Hall sensor depends on the weight of the object to be floated, so adjust it accordingly. If the magnets are placed too close together, the repulsive force of the electromagnet will be insufficient and the neodymium magnet will stick to the electromagnet. Conversely, if the magnets are too far apart, the force of attraction between them will be insufficient and the neodymium magnet will fall off. Therefore, it is important to adjust the target values.

Ph.D. Student of the University of Tokyo

My research interests include Human-Computer Interaction and virtual reality.